section and everything up till
* * @package zerif-lite */ ?> What is Networking and How Can It Help You Find a Job? - Need a New Gig?

The term “networking” is a descriptive word often overused in Career circles, but whether you are a new grad, or close to retirement, chances are you’ve heard it. As a matter of fact, one of the first pieces of advice I give to any job seeker I work with is to “make sure you are networking”.

Has anyone ever explained what networking truly means, or how you do it properly, for that matter? Probably not.

What is Networking, Anyway?

According to Businessdictionary.com, networking is: “Creating a group of acquaintances and associates and keeping it active through regular communication for mutual benefit. Networking is based on the question ‘How can I help?’ and not with ‘What can I get?'” Another definition I recently heard was that networking was “the act of building a mutually beneficial relationship in which both parties contribute and help the other’s cause”. This is done slowly and over the course of time, not at one meeting or event.

Below are a few pointers to remember about networking:

1. Networking is NOT using people!

Networking is about developing a broad list of contacts with different backgrounds and committing to mutually help one another achieve his or her goals. The goal does not have to be finding a job. Developing a relationship with others should occur before a person is desperate to find a job, but if you must start when you are a job seeker, remember to pay it forward once you land. Meeting with someone because you are looking for a new position, then never returning their call once you land a role is not what this is about. If you are beginning to network because you want to leave your job, check out my checklist of things you need to do before you quit here.

2. Networking is about sharing ideas.

People naturally gravitate toward individuals that offer both ideas and a unique perspective (and are generous with their time). Building a relationship is a two-way street, and providing continued professional guidance beyond an initial conversation is what builds trust. Sometimes just offering an outsider’s perspective of a common problem someone is facing is more useful than pointers from others in his or her profession. Or, just being a good listener might be all they need.

3. Networking can be done in many ways.

The most common statement I hear from job seekers is “networking is for outgoing people. I don’t like attending all of those professional events.” Great news, because there are many ways to network! Sure, you can meet new people by attending professional events, but that is not where the actual relationship starts. You can get involved in professional groups without leaving your home. There are many groups and forums where you are able to contribute and comment on questions posed, right from your computer. Don’t be afraid to get involved. You can have phone conversations. You can ask for virtual email introductions. You will eventually want to meet the person you are networking with, if possible. You can learn a great deal about a person over a cup of coffee or lunch; it doesn’t always have to be in a loud group setting.

4. Networking is about continuing to help others.

I mentioned this earlier, but I feel I need to expand on this. When networking with others, make it a point to ask how you can help (and not just because you want them to help you with an immediate problem). It may be meeting others to share your strategy for success, or helping a relative or friend of a person you networked with. Make a conscious effort to continue the chain of generosity. I have a client I have worked with for over a decade now, and I always tell him he is the best networker I’ve ever met. He is gainfully employed, but has either a coffee meeting, lunch meeting, or dinner meeting with a stranger that has been referred to him 4-5 times a week! You read that correctly: 4-5 times a week. He has promptly responded to (and met) every individual I have ever referred to him, and has provided sound advice to each and every one of them. What do you think has happened any time he has had to look for a job? You guessed it: offers fall into his lap! His network is vast and diverse, and people remember his generosity and kindness.

How Can Networking Help Me Find a Job?

Once you have made the effort to connect and help others solve personal or professional dilemmas, now is the time for your network to help you! Studies have shown that job seekers that are referred by current employees are, on average, three to four times more likely to be hired than someone that applies on their own. Furthermore, up to 89% of open jobs are filled by referrals! The remaining 11% constitutes all other methods combined.

Many job seekers believe that reaching out to friends and family is enough, but unfortunately that isn’t always the case. Research has also shown that your sphere of influence (your close friends, family, and associates) tend to have similar contacts and access to information. Weak ties – people you know casually, or just met – are more likely to be your best networking contacts. There are fewer common connections, and their networks are far more diverse.

Individuals in your network may have access to information about open positions that haven’t been made public yet.

For example: you would love to work for Atlas, Inc., and have been checking their open positions for the last 6 months. They have very little turnover, but you would love to work as a Sales Representative. You were recently introduced to Bill, the Director of Sales at Atlas, Inc. He was impressed with you and told you that he would keep you in mind if an opening should occur. You met Bill for lunch on another occasion, and agreed to have coffee with Bill’s former co-worker and share your strategy for gaining new customers in a saturated market. On Friday, one of his current Regional Sales Representatives confidentially informed Bill that he would be retiring at the end of the year. Bill calls you, brings you in for an informational interview, and before you know it, you are training with the Regional Sales Representative to take over his territory! The job never made it to public circulation, and you never would have seen it had you not met Bill.

As you can see, networking is the ability to have mutually beneficial professional relationships, not asking someone for a job and getting it, or getting a job simply because you paraded around letting everyone know you were looking. Approach networking in a giving fashion, and give it time. It will work wonders for both your job search and your career, in general! 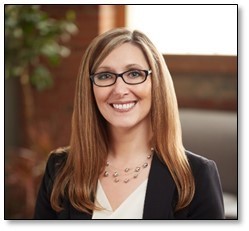 by Natalie Lemons
Natalie Lemons is the Founder and President of Resilience Group, LLC, and The Resilient Recruiter and Co-Founder of Need a New Gig. She specializes in the area of Executive Search and services a diverse group of national and international companies, focusing on mid to upper-level management searches in a variety of industries. For more articles like this, follow her blog.  Resilient Recruiter is an Amazon Associate.

Post to Resilience Group and 100+ Job Boards with One Submission